Skip to content
That is what Chotto-ma drew when I asked her to draw Rome. After ten days in the city, that was how she saw it: a half-man-half-woman with many dogs.

And she couldn’t have sensed it better.

Rome is a cacophony of opposites. Its piazzas sit pretty like women in diamonds, while its cobblestoned alleys hurtle past like stubbled men on scooters. It greets you like an old friend, then wags a haughty finger in your face. It gives you the loud frenzy of a morning market, and then the sudden silence of an afternoon siesta. It stuns you with its old baroque beauty, then walks you into its new laidback grunge. It smiles, it scowls. Temperamental Roma; the city where we watched 2000-year-old ruins welcome in 2014. 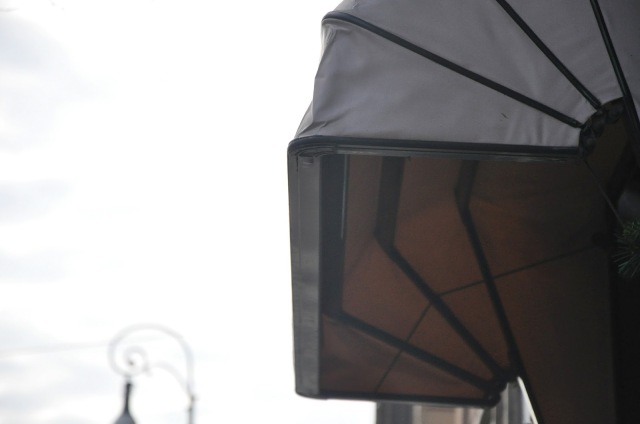 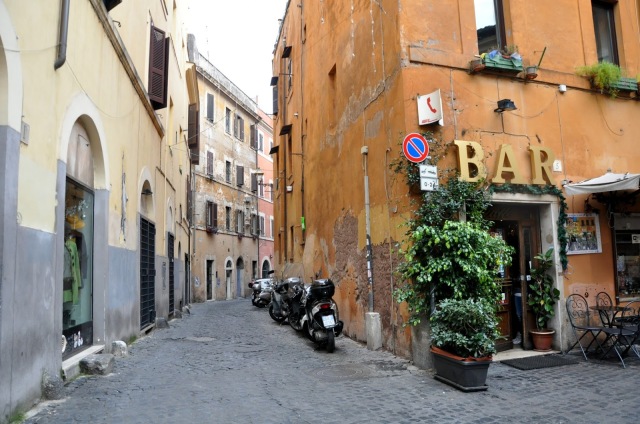 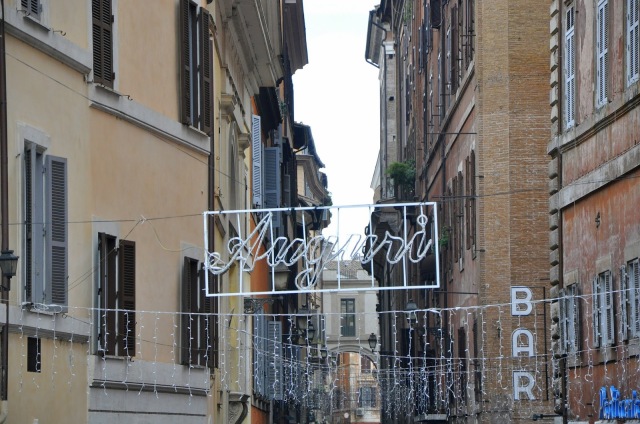 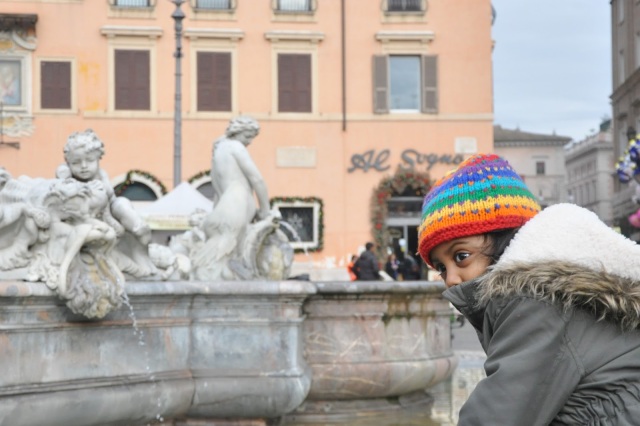 Rome sits astride seven hills, spilling down into the Tiber, stroking you and slapping you, pulling you and pushing you. A relentless human theatre; only now without the gladiators and lions. The gladiators still lurk under the surface though; you can see it in the jaunty stride of Roman men, the shrug of their shoulders, the flick of their eyebrows, the arrogance of their hips. You can see it in the women too: in the cigarettes held at a slant between red lips, in the dismissive brush of their hands, in their raucous fights in crowded buses, in the ultimatums they throw down like ancient gauntlets. Goaded by past glory and old blood. 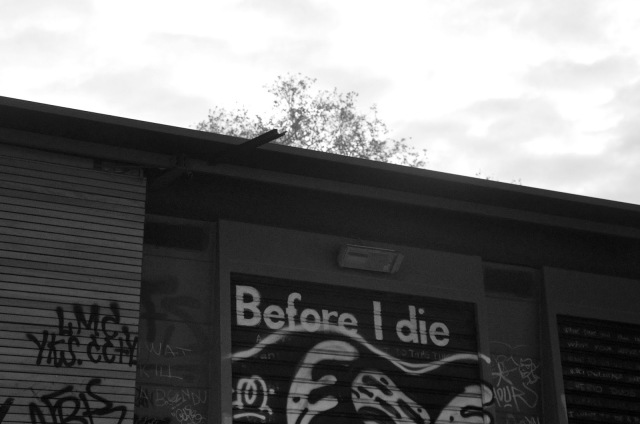 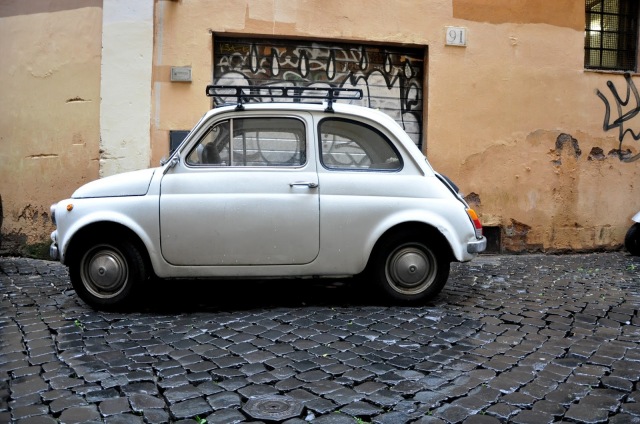 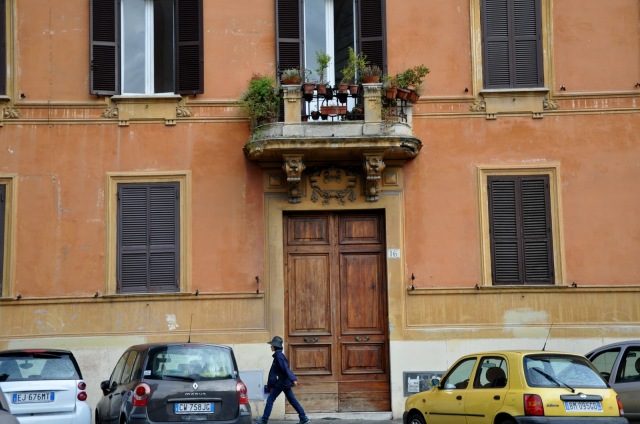 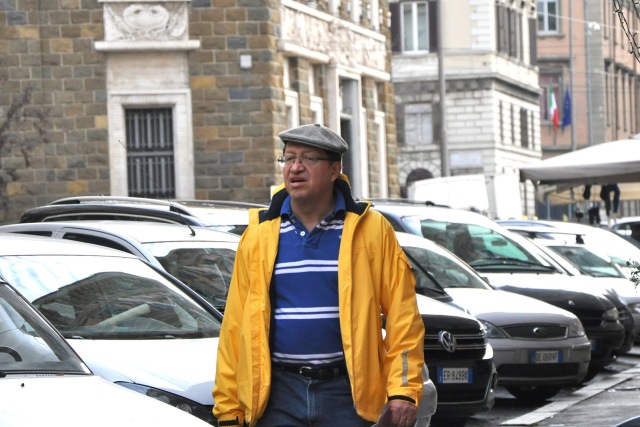 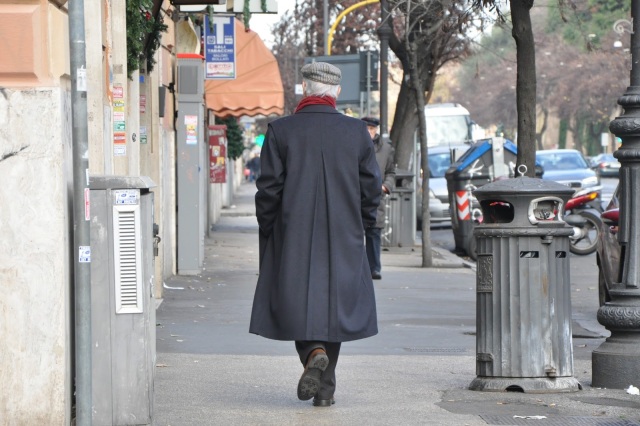 It’s a city like no other, and one that you must walk in at some point. Walk through its bylanes when you do, because it’s where Rome lives. We’d rented an apartment in Trastevere, a neighbourhood that packs as much character as a shot of dark, creamy espresso; un caffè, drunk standing up. It’s a tumble of crumbling houses in shades of ochres and oranges next to marbled apartments with old money. And bars and trattorias that spill out onto the street. And little neighbourhood bakeries that we would walk to in our pyjamas for warm loafs in the morning. And markets from where I brought back bags full of artichokes and chicory leaves and fresh ravioli. It’s also where I walked past Jhumpa Lahiri, more than once. Yes, we shared a neighbourhood, and I did say hello, but only in my head. No matter how well I know her work and the world she writes about, it felt far too intrusive, too personal, to stop her in her world; walking her son to school. 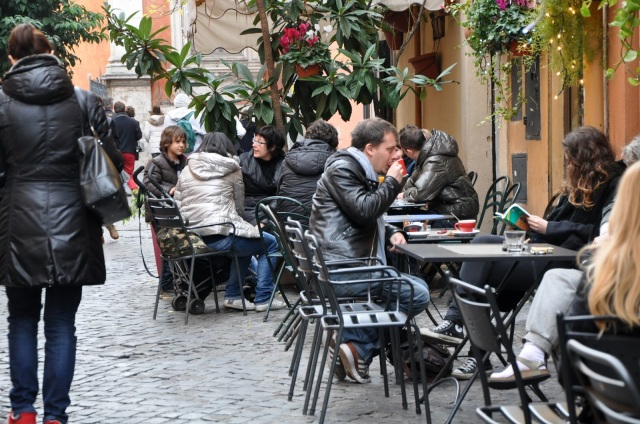 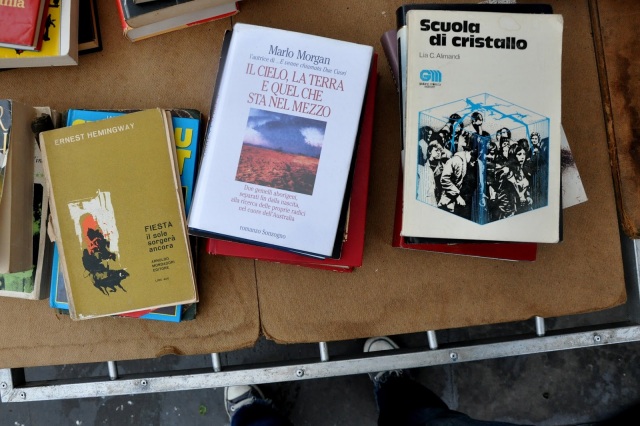 I did wonder though, if Rome ever reminded her of Calcutta. It did me. So much of it – the people, the narrow lanes and bumpy rides, the way the city heaved and the traffic screeched, the dusty windows and mosaic floors, the clotheslines, the way people stood in clustered conversations, the way their dogs barked. Everyone seemed to have a dog, or two or three; and they weren’t quiet, well-mannered English dogs either. They too had opinions like their masters. 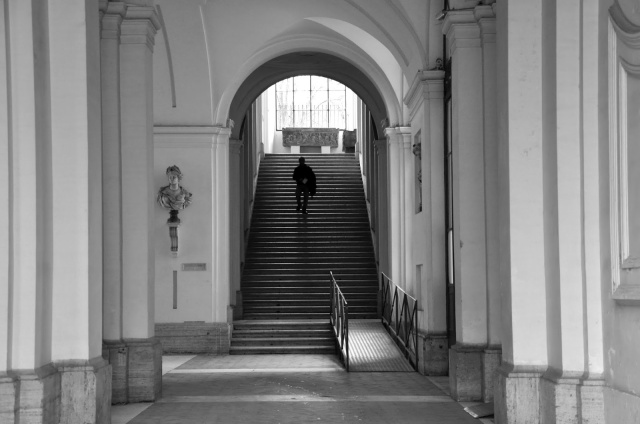 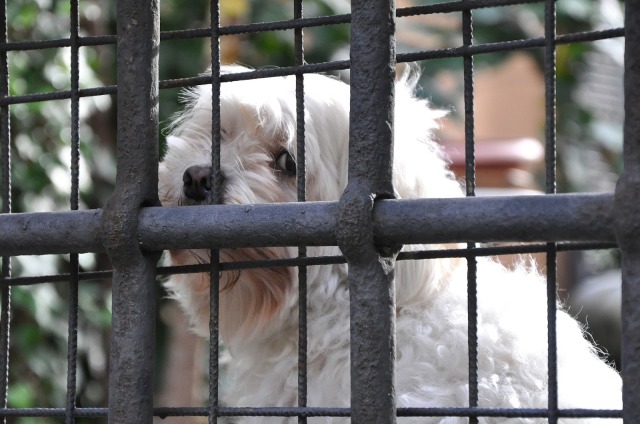 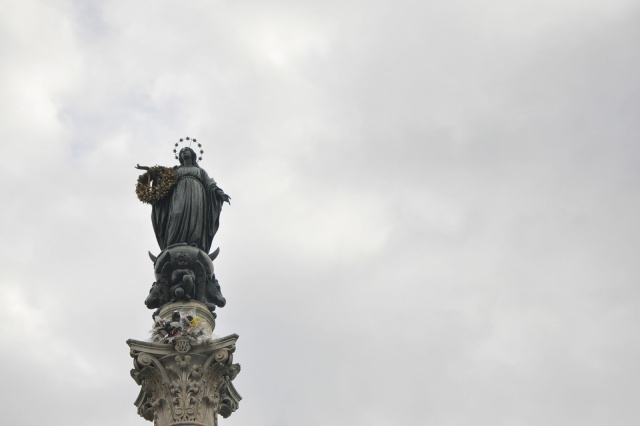 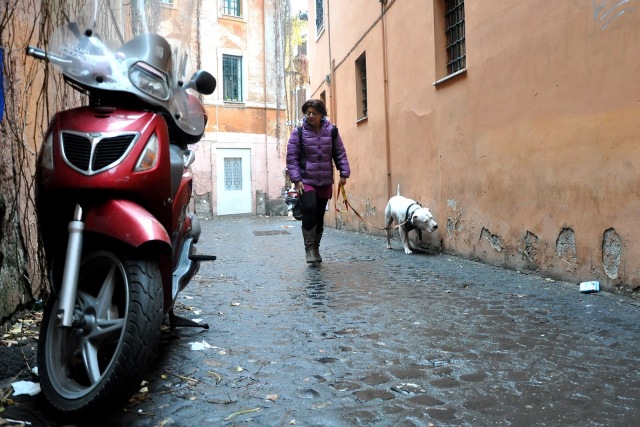 There is nothing subdued about Rome. Apart from the first rays of mellow golden sunlight that touch its rooftops at dawn, the insides of its churches and the stone pines that stand in graceful lines. D said they looked like ‘puffs of green cloud’. They did. Puffs of green clouds hanging over the city like condensed thoughts, collected over thousands of years. From its mad emperors and great artists and the people who live and breathe and fill Rome today. 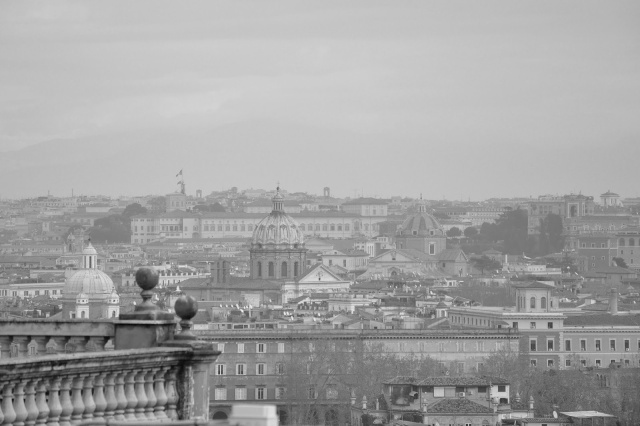 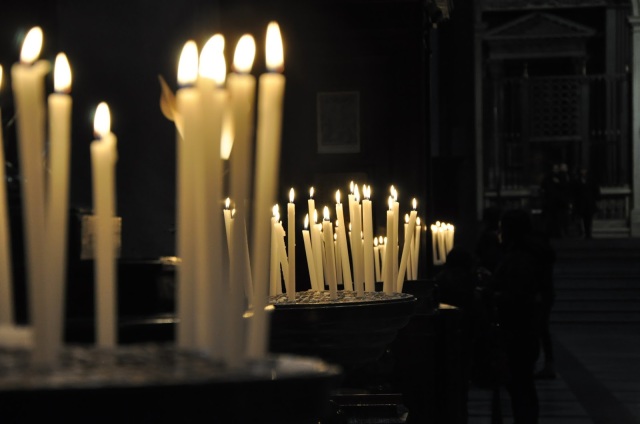 They’re the people who give the city it’s beautiful cacophony. So that when you walk out of its silent, dark churches, life screams from the streets and sings and hugs and honks and nearly runs you over. 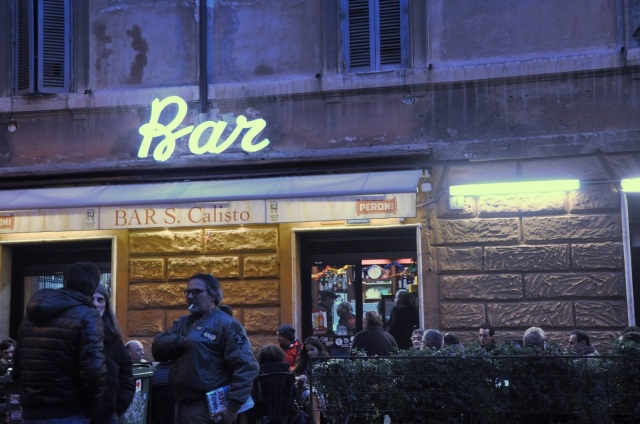 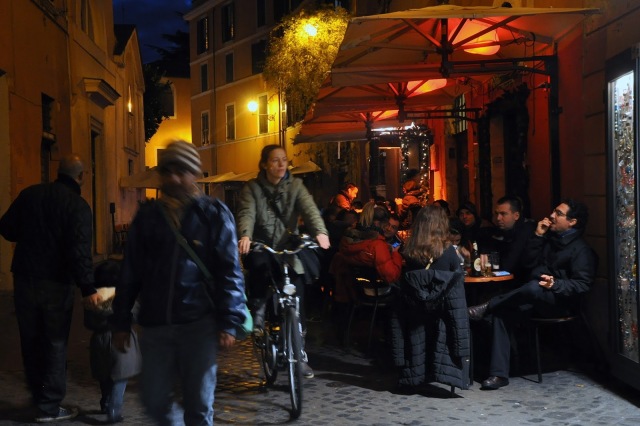 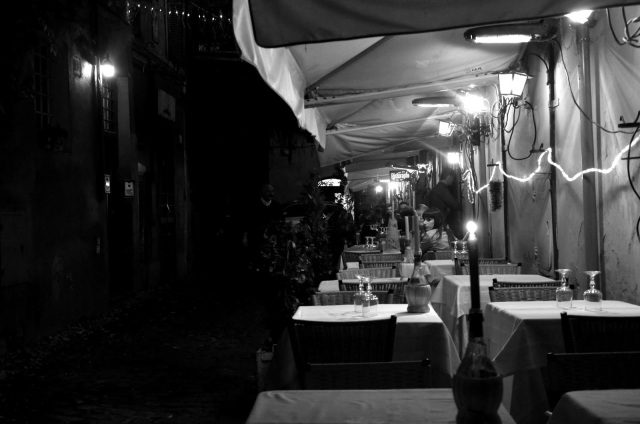 That’s Rome. Half this and half that, half man and half woman, but not a thing halfhearted. Hell no.

Notes on Rome, for next week.
No, I’m not going to tell you anything about the Colosseum, the Pantheon, or the coin that you’ll inevitably throw into the Trevi. I’ll leave that to Lonely Planet.
But come back next week, and I’ll tell you all about Rome’s food – the best of what we ate, and where. I’ll also tell you about the perfect apartment we found after months of hunting. And the places that Chotto-ma recommends – Rome for little legs.
Arrivederci.

14 thoughts on “Half man half woman”