This week, we have two ‘firsts’:

My daughter has the cluck-cluck pox. (That’s ‘chicken pox’ for you) This, of course, is a first and a last, since you get it only once.

And here’s the second first – I baked a pie! 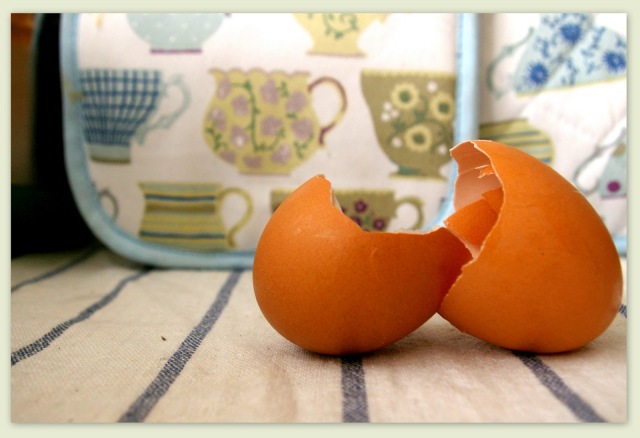 I live in Pie-a-Doo-Daa Land. The British love their pies. They’re baked in different shapes and sizes, eaten hot or cold, packed in a hamper, served on the table. Anyone with an English childhood of any consequence, you would have had pies. Whipped out of mum’s busy Aga, either when all was well, or when nothing was right.

There’s something about mothers and pies. Look at Mother Goose. She’s been spreading the word for years! Little Jack Horner ate it. Simple Simon wanted it. Four-and-twenty blackbirds were baked in it. And when six little kittens lost their mittens, they weren’t sent to the ‘naughty corner’; they were sent to bed without pie.

Apparently, even kings bow before the British pie. In the 1800s, whenever Emperor William I of Germany visited Queen Victoria of England, his favourite pie was put on the royal table. It contained a whole turkey stuffed with a chicken, the chicken stuffed with a pheasant and the pheasant stuffed with a woodcock. 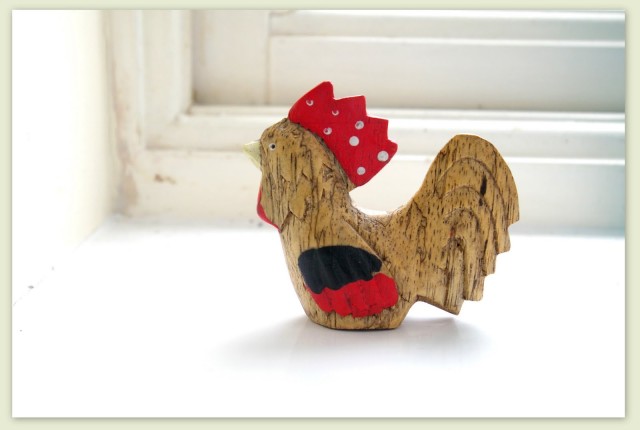 My pie had much less bird. And was baked not for royalty, but for a little girl who was speckled, itchy and feverish, but still smiling; or at least, trying very hard to. She deserved a pie.

The thought of baking a pie came after a chat with our neighbour. He told us that when they were growing up, chicken pox was quite welcome in the neighbourhood. If a child in came down with it, neighbourhood mums would make a quick queue to the pox-house with their own children. It was a chance to get over with it! They would bring along some home-baked pies to share. And there you have it – the chicken pox pie.

After that story, a pie was just begging to be baked.

So, bake I did. A Chicken,  Blue Cheese & Pistachio Pie, followed by my Speedy Apple & Walnut Cake. Our neighbour’s three lovely daughters came over. They’d all had chicken-pox before, so the only thing that was shared was the food. And I had a happy little speckled girl with her own little pox-party in the garden. 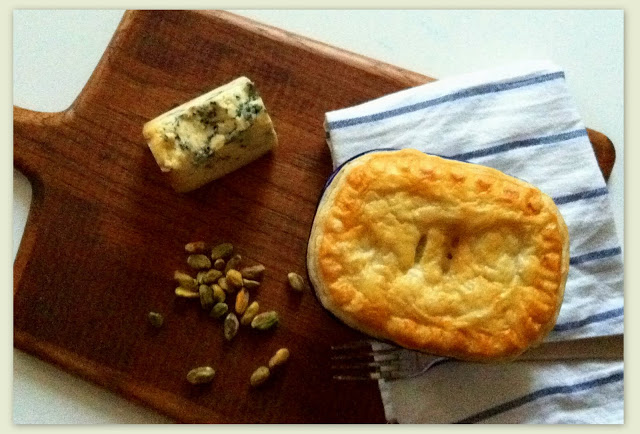 Put the chicken, together with the onion, garlic and celery, in a pan. Add a cup of water and salt to taste. Bring to the boil.
When it begins to boil, lower heat and put the lid on. Simmer till chicken is cooked. Then take pan off the hob.
Fish out the cooked chicken from the stock and shred. Then put the shredded chicken back into the stock.

Take the plain flour in a bowl, and slowly add the cold milk a little at a time, stirring it into a smooth mix.

Put the chicken back on the hob. As the stock starts to bubble, pour in the milk and flour mix, a bit at a time, till it all reaches a nice, thick consistency. Now stir in the butter, the mustard and some pepper. Check seasoning.

Dry roast the pistachios in a pan. Keep aside.

Divide the chicken in equally in 4 small pie pots. Top with crumbled blue cheese. And sprinkle with pistachios.

Roll out the puff pastry. Brush the rim of the pie dishes with egg. Cover the top the dishes with pastry, trim edges and press the edges down firmly with your fingers. Brush the pastry with beaten egg. With a fork, prick a set of holes on the pastry. 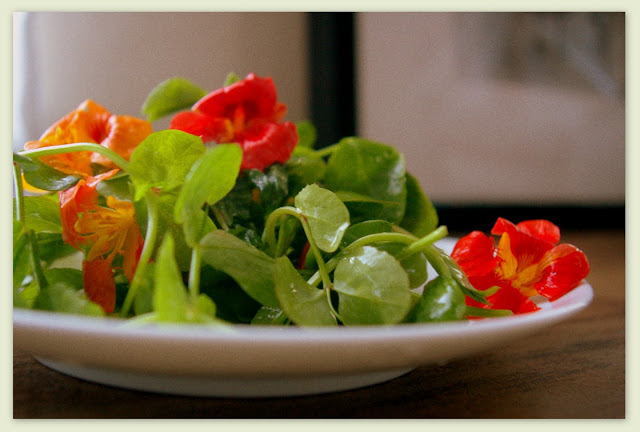 Toss everything together in a bowl and serve immediately. 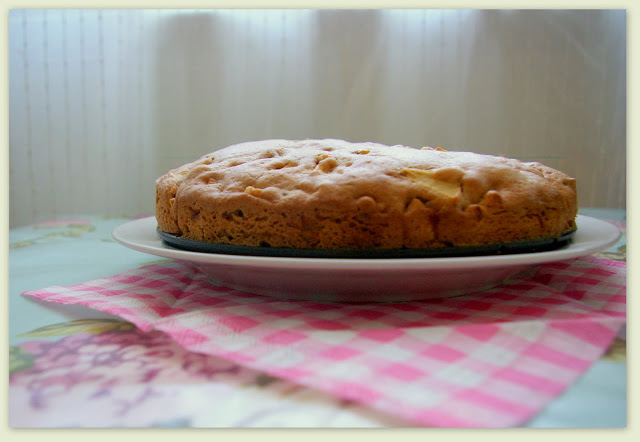 Sift flour, baking powder, cinnamon and salt together. Keep aside.
Mix sugar and butter with electric mixer until smooth and creamy. Add the oil and mix for another minute. Add the eggs. Keep mixing.
Add the flour and mix for a couple of minutes more. Add the milk and mix again till it’s all nice and smooth.
Keep away the electric mixer.
With a spatula, stir in the apple and walnut into the cake batter.
Pour into a springform pan and bake at 160°C, 350°F for 45 minutes.
Cut, serve warm with a drizzle of single cream. 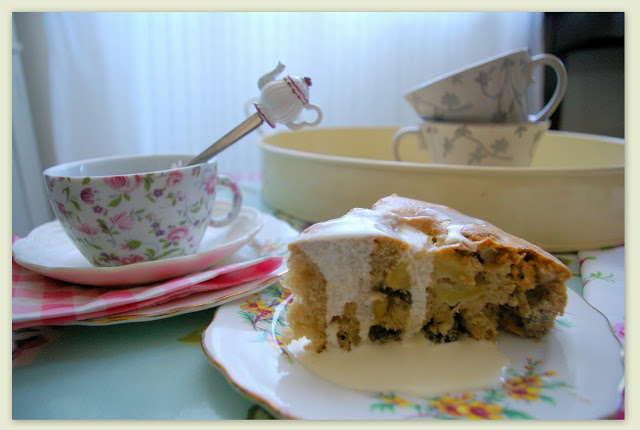 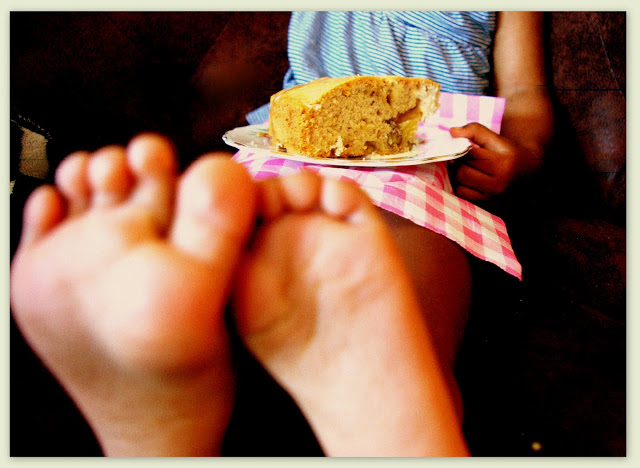 Enjoy! We certainly did.